A Serious and Life-Threatening Disease

Clostridium difficile Infection (CDI) is a human enteric pathogen which is transmitted by the fecal-oral route. It is distinguished by, first, its ability to form spores, which are highly resistant to normal environmental conditions, and, second, by its production of two toxins (TcdA and TcdB) which are highly pathogenic to human colonic epithelium. The ability of these secreted toxins to induce colonic epithelial inflammation and damage by inducing cytokine and chemokine production, inflammatory cell infiltration, and cell death results in the characteristic clinical picture of CDI.

In 2010, the Infectious Disease Society of America (IDSA) defined the clinical syndrome of CDI using a combination of both clinical and laboratory criteria. The clinical criterion for the diagnosis is the presence of diarrhea manifesting as ≥3 unformed stools in ≤24 hours; the laboratory criterion requires one of the following findings: (a) stool culture positivity for toxigenic C. difficile; (b) stool positivity for one or both C. difficile toxins; or (c) colonoscopic visual or colonic histopathological findings of pseudomembranous enterocolitis.

The evolving epidemiology of CDI has recently (February, 2018) been reviewed by the IDSA and the Society for Healthcare Epidemiology of America in their joint update on clinical practice guidelines for C. difficile infection. Although incidence of CDI appears to have declined in Europe over the past decade, infection rates have plateaued but not fallen in the US. Using Centers for Disease Control and Prevention (CDC) surveillance data from 2011, estimate the US incidence of CDI to be 453,000 cases annually. Also of interest is the fact that, despite the availability of antibiotic therapy to treat CDI, the estimated incidence of first recurrences of CDI following treatment was 83,000 cases per year, underlining the potentially serious health consequences of the disease. The magnitude of CDI impact is further emphasized by the estimate that the disease may have resulted, in 2008, in an excess of $4.8 billion costs to US acute-care facilities. 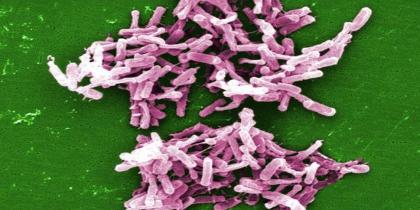