A New Approach to Treating CDI

Acurx’s lead antibiotic product development candidate is ACX-362E, a DNA polymerase inhibitor with a novel mechanism of action for oral treatment of Clostridium difficile Infections, or “CDI.” The Food and Drug Administration, or “FDA,” granted designation of ACX-362E as a Qualified Infectious Disease Product, or “QIDP” in June 2018 for use as an oral treatment patients with CDI and Fast Track designation for the treatment of CDI in January 2019.

FDA has granted Qualified Infectious Disease Product (QIDP) status under the GAIN Act (section 505E(g) of the FFDCA) for ACX-362E as an oral treatment for patients with CDI.

ACX-362E is active against the GAIN Pathogen Clostridium difficile

C. difficile, or CDI, is a pathogen listed in the GAIN Act as a pathogen that causes serious or life-threatening infections.

The GAIN Act, Title VIII (Sections 801 through 806) of the FDA Safety and Innovation Act, seeks to provide pharmaceutical and biotechnology companies with incentives to encourage the development of new drugs to treat, prevent, detect and diagnose antibiotic-resistant infections. Qualifying pathogens are defined by the GAIN Act to include multi-drug resistant Gram-negative bacteria, including Pseudomonas, Acinetobacter, Klebsiella, and Escherichia coli species; resistant Gram-positive pathogens, including methicillin-resistant Staphylococcus aureus (MRSA), vancomycin-resistant Staphylococcus aureus and vancomycin-resistant Enterococcus (VRE); multi-drug resistant tuberculosis; and Clostridium difficile. It extends the length of time an approved drug is free from competition and clarifies the regulatory pathway for new antibiotics.

DNA polymerase IIIC (pol IIIC) has been shown to be essential for replicative DNA synthesis in aerobic, low G-C Gram-positive bacteria, i.e. those with a low guanine-cytosine (G-C) ratio relative to their adenine-thymine (A-T) ratio. Pol IIIC-specific genes of several such Gram-positive bacteria have been cloned and expressed, and these enzymes share a unique capacity to be inhibited by 6-anilinouracils (AU), 2-phenylguanines (PG) and related compounds which are analogs of 2'-deoxyguanosine 5'-triphosphate (dGTP). ACX-362E is a recent example of this class of compounds and is being advanced to clinical trials.

ACX-362E has been demonstrated to inhibit purified C. difficile pol IIIC with a Ki of 0.325 µM, confirming the ternary complex hypothesis. In addition, a whole cell study involving the measurement of chromosomal DNA replication demonstrated the expected gene dosage results that suggest inhibition of DNA replication by ACX-362E.

Acurx completed its Phase 1 clinical trial of ACX-362E in June 2019 and is in the process of evaluating the data from the Phase 1 trial.

Among the most difficult-to-treat bacteria is Clostridium difficile or “C. Diff” or “CDI”.  CDI is a bacterial infection of the colon that produces toxins causing inflammation of the colon and severe diarrhea. CDI can also result in more serious disease complications, including pseudomembranous colitis, bowel perforation, toxic megacolon and sepsis. CDI represents a serious healthcare issue in hospitals, long-term care homes and, increasingly, in the wider community. The Company estimates that there are over one million cases of CDI each year in the United States and Europe, based on an epidemiology report on CDI that was published in 2015 by Decision Resources, a healthcare research and consulting company.  In addition, CDI is responsible for approximately 29,000 deaths per year in the United States, according to a study published in the New England Journal of Medicine in 2015. A separate study published in 2012 in Clinical Microbiology and Infection, a peer reviewed journal published by the European Society of Clinical Microbiology and Infectious Diseases, indicated that CDI may be underdiagnosed in approximately 25% of cases. A study published in The Journal of Hospital Infection, a peer reviewed journal published by the Healthcare Infection Society, reported that CDI is two to four times more common than hospital associated infections caused by methicillin-resistant Staphylococcus aureus, a bacterium frequently associated with such infections. The Healthcare Cost and Utilization Project, a family of databases developed through a federal-state-industry partnership sponsored by the Agency for Healthcare Research and Quality of the U.S. Department of Health and Human Services, reported an approximate three and one-half-fold increase in hospital stays associated with CDI between 2000 and 2008. The economic impact of CDI is significant. A study published in 2012 in Clinical Infectious Diseases estimated that acute care costs for CDI total $4.8 billion per year in the United States alone.

According to the 2017 Update (published February 2018) of the Clinical Practice Guidelines for C. difficile Infection by the Infectious Diseases Society of America (IDSA) and Society or Healthcare Epidemiology of America (SHEA), CDI remains a significant medical problem in hospitals, in long-term care facilities and in the community. In a 2015 press release the Centers for Disease Control and Prevention stated that C. difficile caused almost half a million infections among patients in the United States each year.  Based on the estimated recurrence rates described below, the Company believes the total prevalence of CDI is approximately 700,000 patients per year (including recurrences).

CDI originates from a bacterium known as Clostridium difficile, or Clostridioides difficile, or C. difficile. C. difficile can be a harmless resident of the gastrointestinal tract. The complex community of microorganisms that make up the natural gut flora usually moderates levels and pathogenicity of C. difficile. The natural gut flora is an essential part of the normal function of the gastrointestinal tract and also has wide implications to human health, such as the proper function of the immune system. CDI typically develops following the use of broad-spectrum antibiotic agents that can cause widespread damage to the natural gut flora and allow overgrowth of C. difficile. Hypervirulent C. difficile strains have also emerged and are frequently associated with more severe disease. In the United States, the hypervirulent strain, ribotype 027, accounts for approximately one-third of all CDI cases.

An important clinical issue with CDI is disease recurrence. This is in contrast to other bacterial threats for which drug resistance is the principal concern. According to an article published in 2012 in the peer reviewed journal Clinical Microbiology and Infection, up to 25% of patients with CDI suffer a second episode of the infection. The risk of further recurrence rises to 65% after a patient suffers a third episode of CDI. In addition, each episode of recurrent disease is associated with greater disease severity and higher mortality rates. Recurrent disease is associated with an increased burden on the healthcare system.

In 2013, the CDC highlighted CDI as one of three pathogens that pose an immediate public health threat and require urgent and aggressive action. In 2012, the Generating Antibiotics Incentives Now Act provisions of the FDA Safety and Innovation Act, or GAIN, became law. The goal of GAIN is to encourage the development of new antibiotics that treat specific pathogens, including C. difficile, which cause serious and life-threatening infections. Since the GAIN Act was adopted, there have been two antibiotic candidates developed in CDI that have been granted QIDP status under the GAIN Act, one of which was FDA approved in 2011. 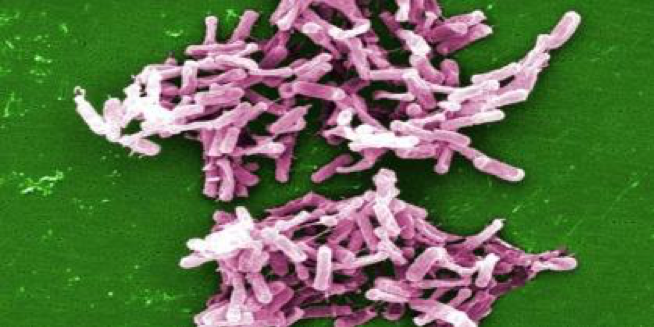 Review scientific publications to get a deeper understanding of the disease areas of our product candidates and current treatment guidelines for CDI candidates in our current product pipeline.